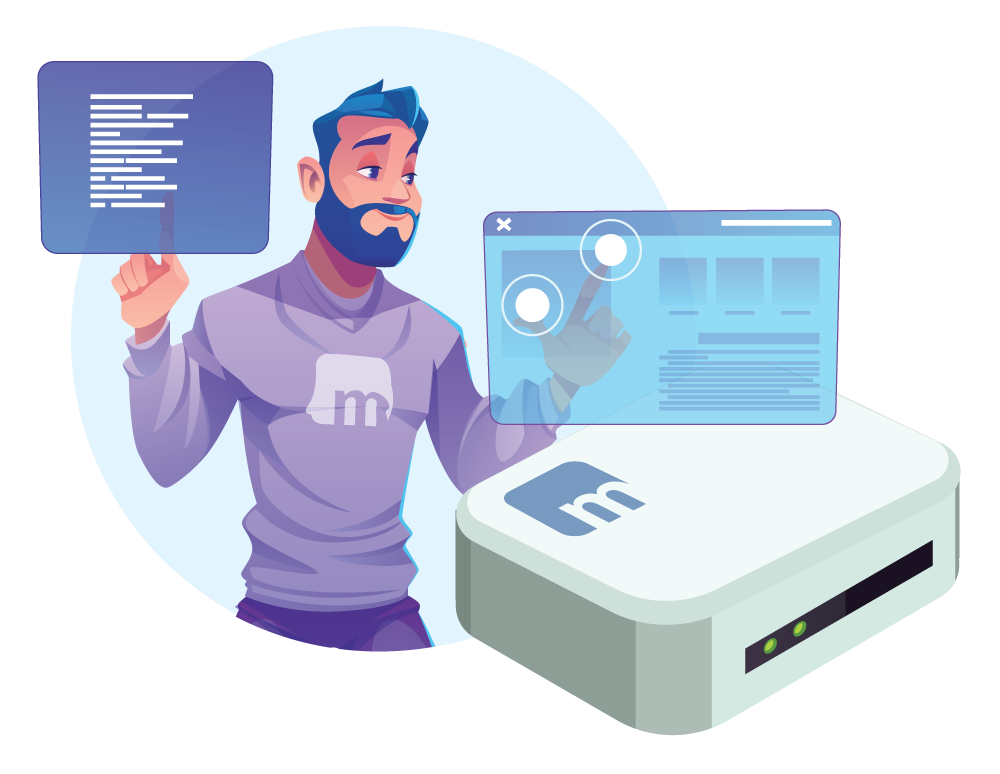 macchina.io EDGE and macchina.io REMOTE give you and your team the tools to build scalable IoT edge computing applications.
The number one solution for performance, low footprint, efficiency and security.

By delivering everything developers need to build edge applications, macchina.io makes it easier for them to use your hardware!

Leading companies leverage the power, flexibility and security of macchina.io REMOTE and macchina.io EDGE to build their IoT edge solutions. 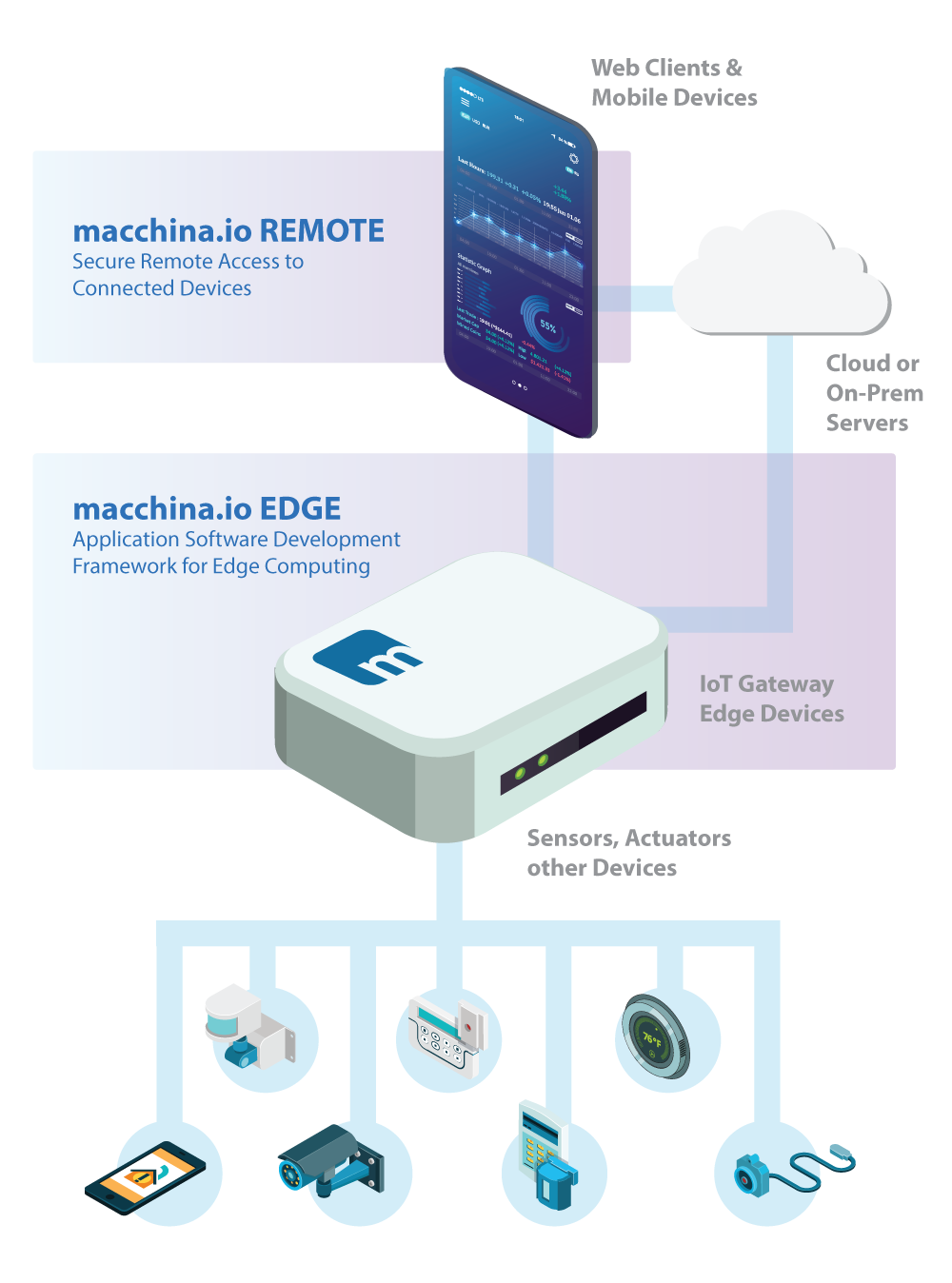 Focus the core competencies of your product development teams.

Build upon an industry-proven, reliable and secure software platform. 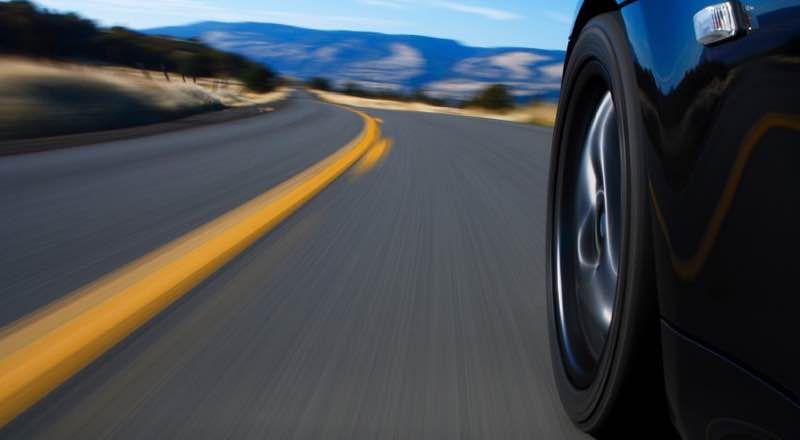 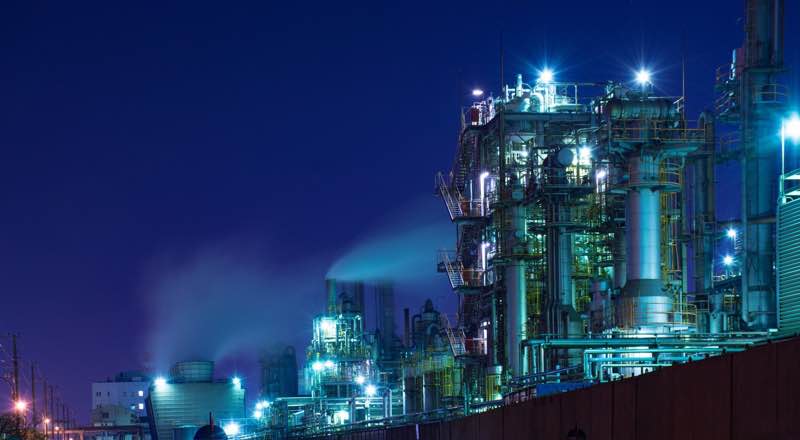 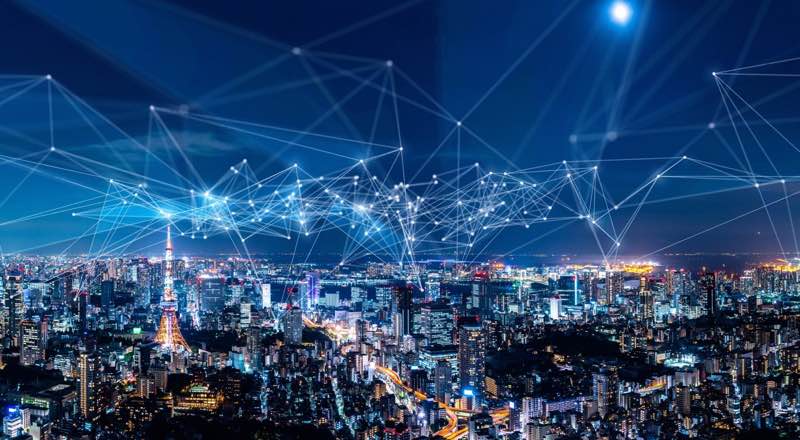 Smarten up connected sensors and gateways for infrastructure and environmental monitoring with macchina.io EDGE and REMOTE.

macchina.io is brought to you by Applied Informatics Software Engineering GmbH.

Founded in 2006, the Applied Informatics team has more than a decade of experience in IoT and software for connected devices. We serve a global customer base across a wide variety of industries including automotive, industrial, building/home automation and information technology. We are well known in the C++ community as the company sponsoring the widely used POCO C++ Libraries open source project which was started in 2004 by Günter Obiltschnig, the founder of Applied Informatics. 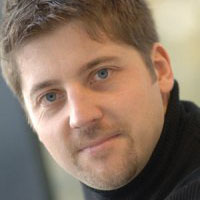 In 2011, Applied Informatics won the prestigious Austrian Constantinus award in the Open Source category. In December 2012, Applied Informatics was nominated for Austria's National Award for Excellence in Consulting — the "Staatspreis Consulting 2012". In Fall 2015, macchina.io was among the 26 out of 160 projects selected to receive funding by Internet Foundation Austria's netidee program.

In June 2016, Applied Informatics won 3rd place in Austria's Constantinus Award in the Industry 4.0/Internet of Things category. In November 2016, Applied Informatics was one of Austria's top six consulting companies, with a customer project based on macchina.io, at Austria's National Award for Excellence in Consulting. In 2018, macchina.io has made it onto the well-known Internet of Things Landscape by Matt Turck of FirstMark Capital.

"We are very proud to be a macchina.io partner. As an embedded service provider and system integrator since 1985 - we are constantly helping our customers face the challenges presented by bulky and inefficient edge implementations. Our customers do often face serious performance issues and also ever increasing scalability costs when trying to empower their machines. Sadly we know a lot of the trouble they're going through is unnecessary and can be avoided using the right infrastructure and tools. This is why we're very glad that macchina.io in this regard does provide a modular, fast and very cost-effective toolkit for implementing next-level edge solutions."
Raphael Jakoby, Customer Project Manager

Decode is a Serbian company with almost 30 years of experience in design, engineering and production of devices for industrial communication and telemetry. Decode's new IoT product line marks the beginning of their collaboration with macchina.io team. Based on Decode's industry tested and reliable hardware, and macchina.io development platform, Decode provides multi protocol IoT gateway products for partners and customers for any industry vertical. An innovative "no-code" environment, on application level of gateway, is accessible to any user allowing non programmers to create successful IoT solutions.

Edgemate, based in Singapore, with offices in Australia and India, provides IoT gateways, smart controllers and platforms powered by macchina.io EDGE and macchina.io REMOTE. The EdgeMate team is passionate about building products, platforms and solutions that allow and assist organizations in making their machines IoT ready.