German iX magazine by Heise has published a new special issue on Internet of Things. I have contributed two articles to the magazine special issue. The first one is about edge and fog computing, the hottest topic currently in IoT. The other one is about IoT programming with C++, which I (unsurprisingly) consider the most suitable programming language for large scale IoT device software requiring performance, reliability and efficiency.

Get it while it’s hot! 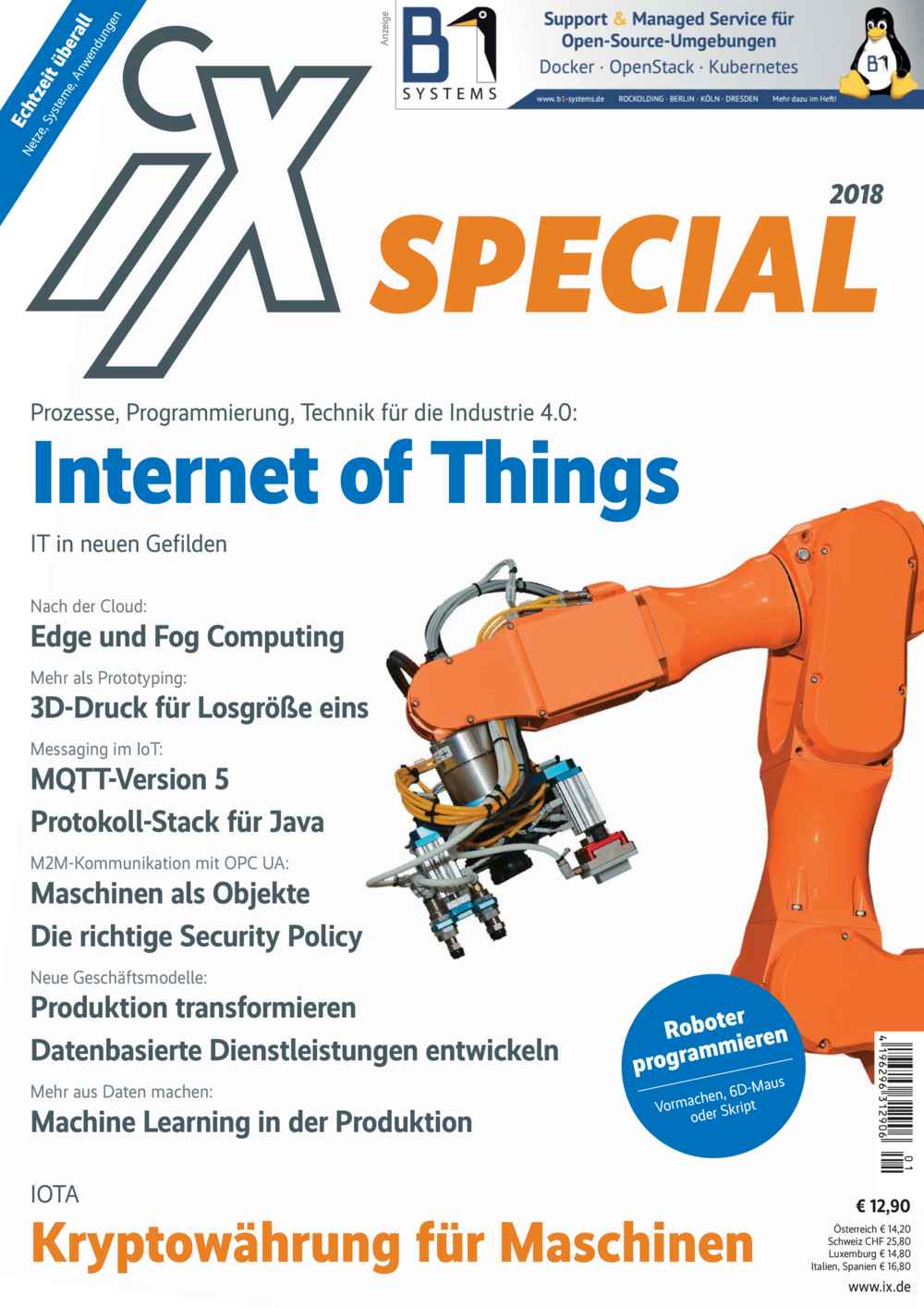