Bluetooth is a wireless technology used to build Personal Area Networks (PAN) or piconets. Since it’s original development by Ericsson in 1989, it has grown in popularity to the point where today it has become a standard feature in many segments of the consumer electronic market.

The use of Bluetooth in industrial IoT is also growing, mostly due to Bluetooth LE, a newer variant of Bluetooth optimized for minimum power usage, as is required for wireless, battery-powered sensor devices.

This blog post takes you through the important details of the Bluetooth LE technology from the perspective of an IoT developer. It is based on the presentation at the Internet of Things conference “From the sensor to the cloud” 2021, by our Founder & Chief Technologist Günter Obiltschnig.

A few facts about Bluetooth

Development of Bluetooth technology was originally initiated by Nils Rydbeck (Ericsson) in 1989. The first use case was not until ten years later, and was released at Comdex in 1999 as the first hands-free mobile headset. It won the “Best of show Technology Award”. This first product had a range of 10 meters but nowadays, that range can go up to 100m with Bluetooth 5.0.

Bluetooth uses the globally unlicensed ISM (industrial, scientific, medical) radio bands from 2402 to 2480 GHz. One of the major advantages of Bluetooth is that it does not rely on a wireless network infrastructure.

The Bluetooth standards are developed and maintained by the Bluetooth Special Interest Group.

The name Bluetooth is an anglicized version of the Scandinavian Blåtand/Blåtann, the epithet of the tenth-century king Harald Bluetooth who united dissonant Danish tribes into a single kingdom. The implication is that Bluetooth unites communication protocols in the same way king Bluetooth united tribes.

Bluetooth LE (formerly also known as Bluetooth Smart) was introduced with the Bluetooth 4.0 specification in 2010. It is intended to reduce power consumption and cost while maintaining a similar communication range. The actual connection times are reduced to a few milliseconds; significantly less than Bluetooth, which has connection times ranging from a few seconds up to a few hours.

Bluetooth LE can co-exist with Bluetooth on the same controller, however, the Bluetooth LE protocol stack is different from classic Bluetooth. It uses the same 2.4 GHz radio bands as Bluetooth, but a different communication protocol and different channels with 2 MHz bandwidth.

Bluetooth LE uses a unique 48-bit address per device (MAC address). Similar to Ethernet MAC addresses, the first part of the address is the “vendor prefix”, which allows to deduct the vendor of a Bluetooth device (or at least its chipset) from its address.

Bluetooth LE uses 40 channels with 2 MHz bandwidth. Within each channel, Gaussian Frequency Shift Keying (GFSK) is used, similar to classic Bluetooth 1.0. The bitrate is 1 Mbit/sec, with an option for 2 Mbit/sec in Bluetooth 5.0.

Bluetooth LE devices use the Generic Access Profile for device discovery and advertisement.

GAP distinguishes between devices based on their roles. Central devices are typically a computer or smartphone. Peripheral devices are often small, low-power and resource-constrained devices like sensors.

In order to discover peripheral devices, a central device sends out a broadcast message (scan response request). Upon receiving the scan response request, the peripheral device will respond with advertising data. This includes device name and address, and other data. Advertising data can also include small amounts of custom data. This is used by Bluetooth LE beacons (e.g., iBeacon).

Both peripheral and central devices can assume one or both of the other GAP roles, which are Broadcaster and Observer. A very typical example would be a sensor in broadcast mode sending data to a central device in observer mode.

GATT defines the following concepts, which are often reflected in Bluetooth LE APIs.

Client: typically a computer or smartphone that sends GATT commands and requests and receives responses from servers. Also referred to as central device.

Server: a device (e.g., a sensor) that receives commands and requests and returns responses. Also referred to as peripheral device.

Characteristic: a data value transferred between client and server.

Different data types are supported, but on protocol level it is always a sequence of bytes. Characteristics are used for reporting sensor values (e.g., temperature) and also for configuring devices (e.g., setting sample rate on an accelerometer). The maximum length is 512 bytes.

Service: a collection of related characteristics, which operate together, e.g. the sensor value and configuration parameters.

Identifier: services, characteristics and descriptors are attributes identified by UUIDs. The 128-bit UUIDs are mapped to device-specific 16-bit values (handles) for use in the protocol. Bluetooth reserves UUIDs in range xxxxxxxx-0000-1000-8000-00805F9B34FB for standard attributes, which are transmitted as 16-bit or 32-bit values in the protocol.

GATT comes into play once a connection is made between two devices. For data to be delivered and received, some or all of the following operations can be executed.

Servers can send notifications and indications to clients on certain state changes (e.g., the sensor value has changed); indications must be acknowledged by the client.

BlueZ is the official Linux Bluetooth protocol stack. It was originally developed by Max Krasnyansky at Qualcomm (starting in 2001), and is available for Linux kernels 2.4.6 and newer. Currently the main developers are Marcel Holtmann and Johan Hedberg, currently at Intel.

BlueZ is listed as a qualified protocol stack on the Bluetooth Qualification website, which simplifies the product qualification process. It consists of kernel modules and user space libraries and is included in all major Linux distributions. BlueZ has a low-level C API and a high-level D-Bus API.

BlueZ is licensed under the GPL, but is (apparently) in the process of being moved to LGPL.

bluepy by Ian Harvey is a Python interface to Bluetooth LE on Linux. bluepy consists of a Python module and an executable (bluepy-helper) written in C. The bluepy-helper executable wraps the BlueZ C API in a command-line interface.

The output of bluepy-helper commands is easily parseable by programs. The bluepy python module starts bluepy-helper and sends command via a pipe. It can also be used interactively, which is great for making the first steps with a Bluetooth LE peripheral.

bluepy-helper is licensed under the GPL, like the BlueZ libraries it uses (derived work), however programs launching bluepy-helper and talking to it via a pipe need not be under GPL.

We can perform these steps with bluepy-helper

Connect to a Device

The returned hexadecimal value 38 is decimal 56, which means 56 % battery level.

The hexadecimal string 4475636B5F52656C65617365 translates to “Duck_Release”, which actually does not make much sense, but it is what the specific device (a Xiaomi Mijia temperature and humidity sensor). 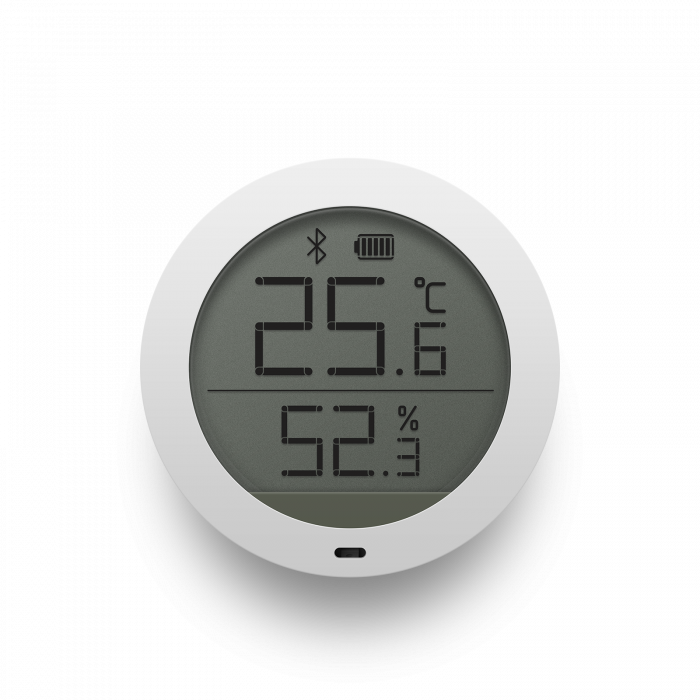 We can now implement a high-level Bluetooth LE API for a programming language of our
choice on top of bluepy-helper. We only need to be able to start a process and communicate with it via a pipe.

For macchina.io EDGE, we have created a C++ API that can also be used from JavaScript.

You can find the interface definition and implementation in the macchina.io EDGE (open source) repository on GitHub.

The implementation roughly does the following:

In addition to the generic Peripheral interface, macchina.io EDGE also has high-level support for a few specific Bluetooth LE devices, such as a TI SensorTag or a Bosch XDK.

In a future article, we will show how to use the macchina.io EDGE Bluetooth support to connect to a specific device and communicate with the device using a few lines of JavaScript.